What happens when the city that barely ever sleeps finds out one morning that it can’t wake up? All the joe has lost its jolt. This is a job for the woman detective who sees all, Harriet Eyeball, Private Eye in “The Coffee Caper,” an all-improvised Noir Radio Drama based on listener suggestions. 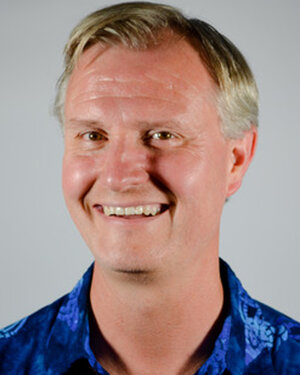 Todd is very lucky. He had the good fortune of being trained in the art of improv in the early nineties by some of the Chicagoans who were pioneers in that field. Since then Todd has led two and a half improv groups, taught improv classes, worked with Unexpected Productions in Seattle and now gets to perform with The EDGE. Todd teaches in the amazing Odyssey program for the Bainbridge Island School District. He is also a musician who writes and performs his own music and plays Irish pub tunes locally as one half of the duo Rye and Barley. Sometimes Todd is cast in shows at BPA or with Island Theater's library plays. He even gets to direct a show every now and then. At one time Todd was the artistic director of the Jewel Box Theater in Poulsbo and wrote an improv blog called “Improvmantra.” 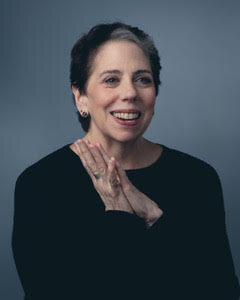 Cynthia has authored three cookbooks, Feeding the Whole Family (currently in its fourth edition), Feeding the Young Athlete, and the latest – Sourdough on the Rise (admit it, you love bread too), which hit the ground baking in 2019. She’s been a professor at Bastyr University since the movie Pulp Fiction gave us a start (look it up). Find out “How to Cut an Onion” via her Tedx Rainier talk on YouTube. Improv has become her new occupation as she is also a company member and teacher for Unexpected Productions at the Market Theater. She claims, “Doing improv balances real and imaginary life for me. With the real part being what happens on stage.” 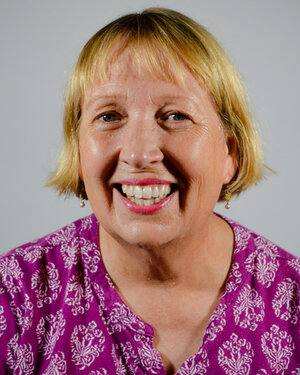 Susan started taking Improv classes in the early 1980's as a way to bypass the “Seattle Freeze” (the phenomenon where it is very hard to make friends when new to the city). She improvized her way right past that and went on the be one of the first founding women in Seattle TheatreSports as well as performing with None of The Above, Seattle Improv, and Unexpected Productions for many years before joining The EDGE. For money, she has managed retail stores, had her own line of jewelry for 10 years at Pike Market, been a breakfast chef at an all-treehouse resort owned by the Treehouse Master (Pete Nelson), and finally settled on work she absolutely loves for the last 22 years helping new families as a Postpartum Doula and Certified Baby Sleep Consultant. (Yes, she can get babies to sleep.) Susan is the proud mother of Geo- scientist, Carson, who is going for her Ph.D. in Geo-Hazard Mitigation. In Susan’s non-existent spare time, she can be seen camping in “Primrose”, her 1970-vintage, British caravan. 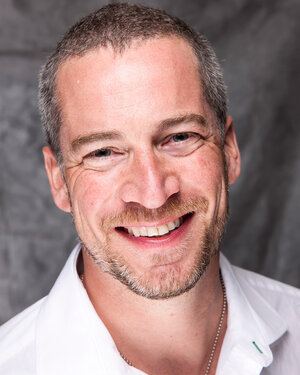 Chris has done Improv in Boston, L.A. as well as here on Bainbridge and teaches improvisors young and old at his acting/improv workshop The Studio Bainbridge. He has appeared on screens big and small and locally in BPA’s productions of One Flew Over the Cuckoo's Nest, Twelve Angry Men, True West, and The Tempest. He got acclaim for his roles in Swinging Hammer’s American Buffalo and Glengarry Glen Ross. Chris approaches life like he does improv: he makes it up on the spot…and asks complete strangers for suggestions. Online at www.thestudiobainbridge.com. 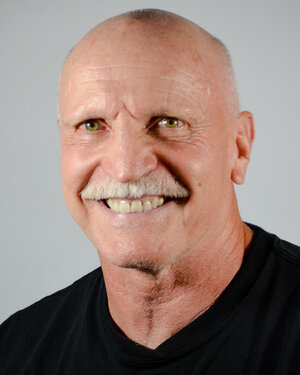 Ken has been performing in the Seattle area for over 30 years. You may have seen him on stage, in commercials, and if you were alert at a few low budget movies, you may have spotted him. He is one of the founding members of The EDGE. In addition to performing he has taught workshops, practices karate, and, now retired, is enjoying life and carving things with a chain saw. 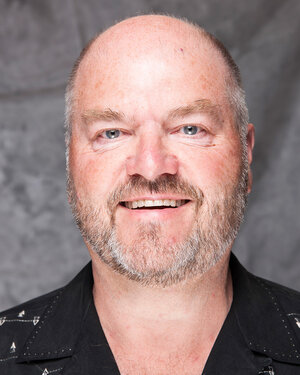 John is happy to be back for season 24 of The EDGE. “Thanks Bainbridge for supporting The EDGE for all these years!!” Besides Improv, John has appeared on this stage in Noises Off, Annie, Born Yesterday, Guys and Dolls, A Midsummer Night’s Dream, As You Like It, ‘Art’ and Sylvia. He appeared as Falstaff in Merry Wives at Bloedel, and he most recently played a dream role as Andrey Botvinnick in InD’s production of Walk in the Woods. John was awarded the Island Treasure in 2018 for his years in The EDGE and on stage. “Miss you Frank! ONWARD!” 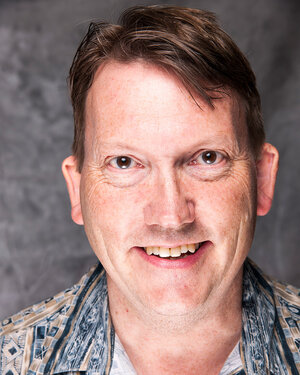 Andrew has been called “a musical genius,” “phenomenal,” “immensely talented,” and “an unending source of irritation.” During his Wonder Bread years Andrew was fortunate to study piano under someone who studied under someone who studied under Liszt who studied under Beethoven who studied under Mozart. Andrew has a BA in Music from Stanford, where he won the Undergraduate Prize in Composition. More recently, he wrote the music, lyrics, and script for the original Reefer Madness: The Musical, as well as music, lyrics, and (with fellow EDGE member John Ellis) script for the musical Harry Tracy: A Bainbridge Bandit. He has music-directed shows at BPA, ACT, Village Theater, Tacoma Actors’ Guild, the Bathhouse Theater, and Second Story Repertory, among others, and played Harold Hill in The Music Man and Tito Merelli in Lend Me a Tenor at BPA. In his spare time Andrew practices medicine and spends time with his phenomenal wife and two immensely talented daughters.