In the season finale of the Bainbridge Pod Accomplice, we’ll hear from Sara Brickman, Artist in Residence at The Bloedel Reserve, in conversation with Holly Hughes. They’ll perform a reading of poems from their manuscript Little Houdini, and share poems from Field Guide – a series of poems that look at the body as a landscape, and discuss Sara’s relationship with The Bloedel Reserve. 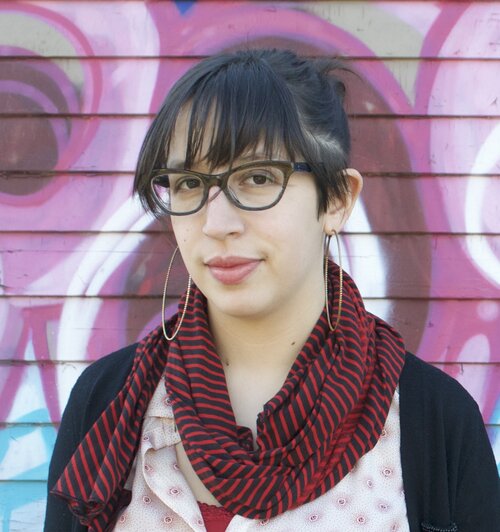 Sara Brickman is a writer, performer, and community organizer from Ann Arbor, MI. The winner of the 2015 Split This Rock Poetry Prize, and a five-time member of Seattle slam teams, Sara has received grants and scholarships from the Lambda Literary Foundation, the Yiddish Book Center, 4Culture, and more. A BOAAT Writers Fellow and a Ken Warfel Fellow for Poetry in Community, Sara’s poems and prose appear in Narrative, Adriot, BOAAT, The Indiana Review, Muzzle, and the anthologies Ghosts of Seattle Past, The Dead Animal Handbook and Courage: Daring Poems for Gutsy Girls. Sara holds an MFA from the University of Virginia and lives in Seattle, where she teaches writing to youth and adults, and parents a cat named Latke.

“My first collection, Little Houdini, catalogs my own experiences of abuse to turn a lens on gendered violence and the lasting impacts of trauma. These poems use the archetype of escape artists to challenge the victim narrative I was expected to claim as a survivor of sexual violence, and explore escape and the body: whether that be a rebellion against binary gender or the numbness and self-distancing that PTSD forges. We often speak of nature as a form of escape: we talk of “unplugging,” “leaving the world behind” or conversely, of the natural world being the “real” world. But who and what gets to be “real,” and who is able to escape to another world, has deep political implications for those already othered by society. Even access to the outdoors is a fraught question if you do not fall cleanly on one side of the gender-binary: for us, entering nature carries as many fears for our own safety as life in the city. The plants and animals may be the only ones who do not question our validity as ourselves, yet even alone with them, we carry that weight. 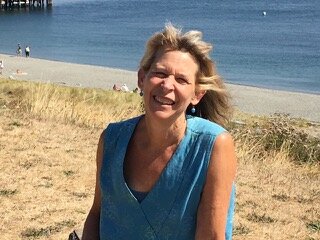 Holly J. Hughes is the author of Hold Fast, Sailing by Ravens, coauthor of The Pen and The Bell: Mindful Writing in a Busy World, and editor of the award-winning anthology, Beyond Forgetting: Poetry and Prose about Alzheimer’s Disease. Her fine art chapbook Passings received an American Book Award from the Before Columbus Foundation in 2017. She’s a graduate of Pacific Lutheran University’s low-residency MFA program, where she served on the staff for 13 years, in addition to teaching writing at community colleges for several decades. She currently leads writing and mindfulness workshops in Alaska and the northwest and consults as a writing coach.