Re-join Mole, Rat, Toad, and Badger as they discover the joys of adventure and the importance of friendship in this charming original adaptation by Miranda Feldtman. Based on the timeless classic by Kenneth Grahame, The Wind in the Willows is directed by Jalyn Green and features Zandi Carlson, Nelsen Spickard, Alicia Mendez, Matt Eldridge, Chelsea Padro, and Ali Budge.

Based on the book by Kenneth Grahame

Recorded and edited by Matt Hadlock MUSIC FOR THIS PODCAST IS CURATED, ARRANGED, ENGINEERED, AND PERFORMED
BY JOHN A. EISENHAUER 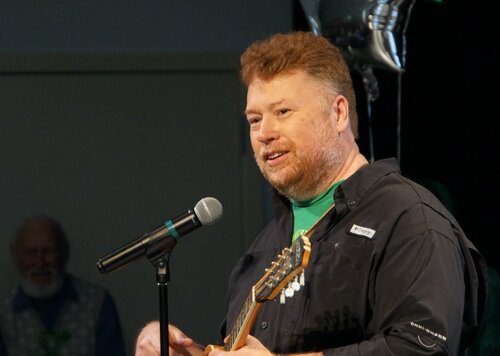 John is a Bainbridge Island-based Entrepreneur and Philanthropist.   His primary business, Kombi Corp., provides software and services for Retail, Hospitality, Logistics, Health Care, and Public-Sector markets.  He has more than forty years of experience in software development and business management, including being twice recognized as one of the fastest growing privately-held companies in Washington State ranking as high as 46th on the Inc. 500 list of fastest growing private businesses nationally.

John is a thespian with hundreds of hours of acting experience, including BPA productions of As You Like It and The Grapes of Wrath. He has worked professionally as a musician, juggler, unicyclist, magician, radio announcer, comedian, and actor. He enjoys travel and plays "numerous" musical instruments and sings - performing and providing large-group musical leadership at irregular intervals. He is married to the Rev. Dr. Dee Eisenhauer, the Senior Clergy at Eagle Harbor UCC on Bainbridge Island, WA, and has two grown daughters – Karen and Emma, and one granddaughter – Frankie.

The Bainbridge Pod Accomplice is a free podcast featuring a series of plays starring your favorite local performers and directors. 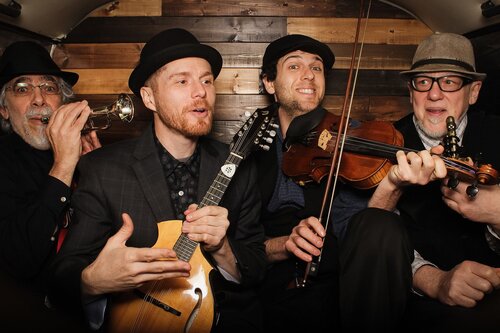 Our theme music “Swing for Mike” is written and performed by Ranger and the “Re-Arrangers.” Find out more about the band at RangerSwings.com.