In this episode, local musicians Korum Bischoff of the Grammy-nominated band Recess Monkey and Leah Julius of Thunderpussy catch up on old times and new. These longtime friends deep dive into their personal histories. From Korum getting his first music gig playing the drum roll for BPA's groundbreaking event in 1992, to the moment they met when Leah began taking drum lessons from Korum at age 10, they'll cover how their lives (and the music that fills them) have progressed over the years. With the COVID-19 pandemic giving them both plenty of time to reflect on their relationships with music, they'll discuss how it's just as easy to lose touch with your creative outlet as it is to find a new one when the world turns upside down. Between Korum's new love for recording music at home and Leah's desire to go back to school to get a degree in public policy, both know they have a voice and are not afraid to use it. 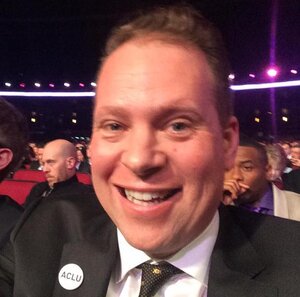 Music has always been an important part of Korum's life. Some of his earliest memories were of hanging out in the studio, bashing on his dad’s drums and piano. He attended Edmonds Community College and became the drummer for their internationally recognized vocal jazz ensemble Soundsation. After a life-changing sailing adventure with his family, he returned to the Pacific Northwest and studied music at the UW and started teaching drums privately.

After a break from gigging to raise two kids, he re-entered the music scene in a genre that worked perfectly for a parent of two small boys—as a drummer in the family music genre, first with The Johnny Bregar Band and then since 2012 with Recess Monkey. 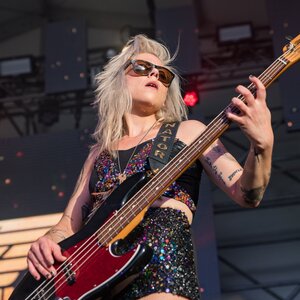 Over more than a decade of writing, recording, and performing music, Seattle based musician, Leah Julius, has become a mainstay of the Pacific Northwest music community. She is a founding member and drummer of the band Sundries and bass player for the Seattle rock band, Thunderpussy. In addition to the achievements of her respective bands, Leah is also a member of the Pacific Northwest Chapter of the Recording Academy and has shared the stage and collaborated in the recording studio with some of the most accomplished musicians in the world including Mike McCready of Pearl Jam, Chad Smith of the Red Hot Chili Peppers, KT Tunstall, and Brandi Carlile.